South of France
ART of Travel

“The whole future of art is to be found in the South of France,” declared Vincent Van Gogh

Travel with us to explore famous artists of the past in their studios, homes and favorite haunts.
Stroll the same streets they did, eat where they ate, paint where they painted.
Complete Art Immersion as we follow the brushstrokes of the masters
Matisse, Picasso, Van Gogh, Cezanne, Renoir & Chagall
Provence was the creative melting pot between the last quarter of the 19th century and the first of the 20th. Claude Monet and Jean Renoir, two leading lights, were entranced by the seductive landscape and intoxicating southern light. In their footsteps came French and foreign post-Impressionists, from Vincent Van Gogh and Paul Gauguin to Paul Cézanne, the greatest of them all.       ​ 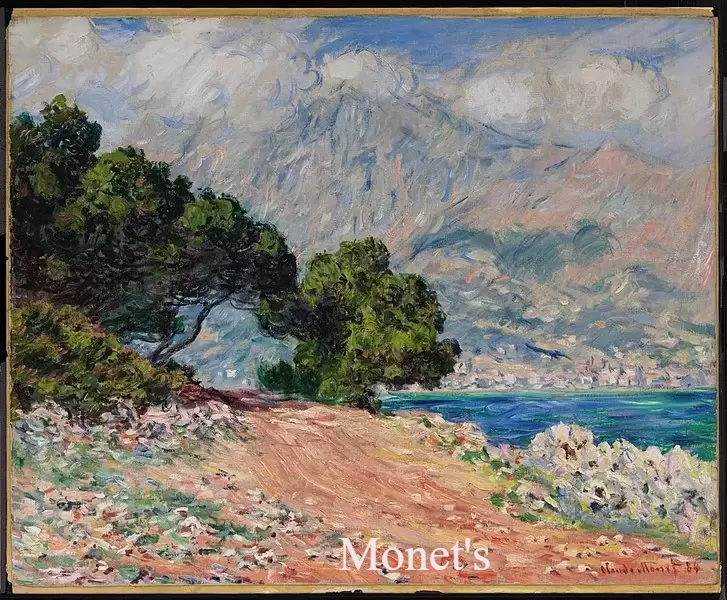 ​The wave of avant-garde artists continued, from Picasso and Braque in their Cubist incarnations, to Chagall, Matisse and Dufy. Van Gogh and Gauguin are associated with Arles, Cézanne with Aix while Matisse is linked to Nice. The Nabis were post-Impressionists who styled themselves as followers of Gauguin.  Bonnard, the painter of sensations, lived in a hillside villa above Cannes.

Les Fauves, founded by Henri Matisse in 1905, were dubbed “wild beasts” for their fondness for lurid colours.  Other Fauves included André Derain, Dufy, Marquet, Maurice de Vlaminck and Georges Braque. After passing the winter of 1916-17 in Nice, Matisse settled there. One of his most important works is the chapel in Vence.

Pablo Picasso lived on the Côte d'Azur notably in Antibes and Juan les Pins, and worked on Cubism with Georges Braque in Céret in 1911. Picasso spent much of his life on the Mediterranean coast, and in 1946 he was given the keys of the Grimaldi Palace in Antibes to use as a studio. The château is now home to the Musée Picasso.

At the end of the Second World War many artists were drawn to the South of France. Russian-born Marc Chagall settled in St Jean Cap Ferrat in 1949, where the azure blue light and seascapes inspired the artist with new ideas. His Bible-based works fill the Musée National des Messages Bibliques in Nice. 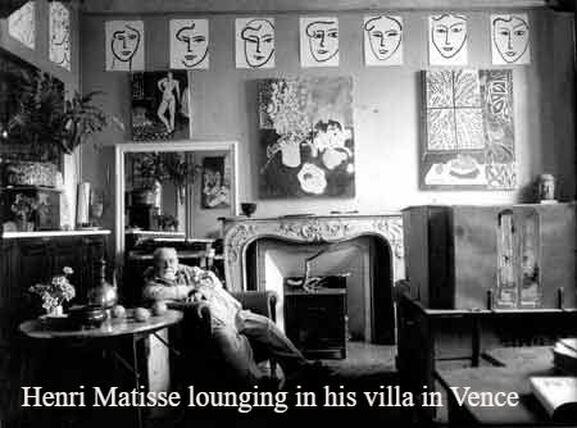 ​“Most painters … look for an external light to see clearly into their own nature. Whereas the artist or the poet possesses an inner light that transforms objects, creating a new world within them, a sentient, organized and living world, a sure sign of divinity in itself, the reflection of divinity.”
—Henri Matisse 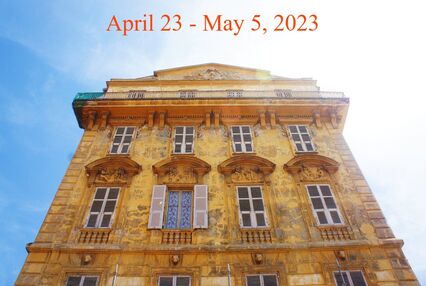 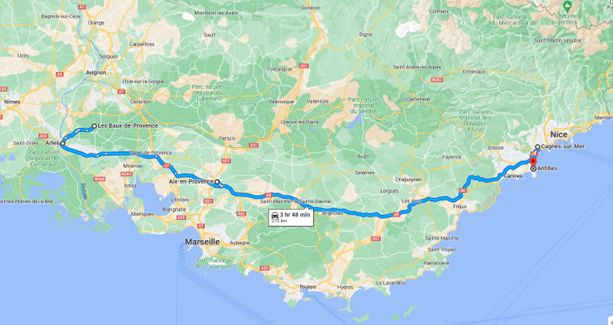 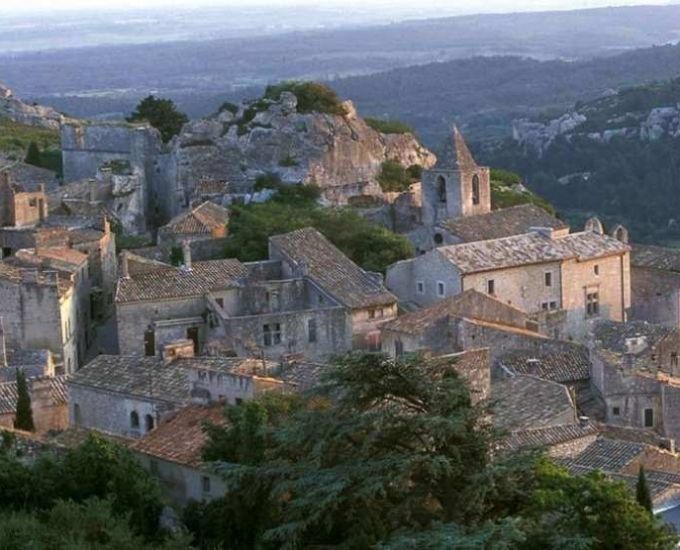 Authentic "Provence" life   Hotel Benvengudo is located in Provence.  This region is in Southern France near to the Camargue, the Château des Baux de Provence, Arles, and the French countryside - near Carrières de Lumière. With easy access to Marseille International Airport and the TGV in Avignon.
​We arrive and have lovely dinner  with wine and paint in the gardens in the morning.

Provençal traditions and contemporary luxury
Benvengudo is a traditional Provençal country house located on seven acres of private park and gardens.  Their own swimming pool and tennis court, satellite TV, air conditioning, and WiFi. Every window gives on to or beautiful private gardens, pine trees, lavender fields and olive groves.

Today we explore the world of  Vincent Van Gogh with our friend Alexandra
After a lovely breakfast at our hotel  we will meet our guide and head to Saint Rémy de Provence
Visit Saint Paul de Mausolée, the former psychiatric hospital where we'll see the room of Van Gogh and the landscapes he painted, stroll through the village and stop for lovely lunch.  Sit and paint in some of the exact spots where Vincent painted from 1889 - 1890.
​Vincent van Gogh spent one year in the mental hospital in Saint-Rémy-de-Provence. Despite his unstable mental health, he was very productive: he made about 150 paintings in a year, including Almond Blossom.  Lets paint in the courtyard and be inspired to paint our own Almond blossom.

Arles & a unique day in La CamargueIt may seem that the Romans were everywhere along the Rhône, and Arles is no exception, as is witnessed by the triumphal arch, circus and baths they left behind – and an arena in which gladiators fought and is still a venue for performances and bullfights today – as you explore the city on a walking tour and time on your own. Do take time to look beyond the city walls at the incredible quality of the light here that so enraptured Vincent van Gogh – and the landscapes of yellow rocks, red soil and lilac mountains that inspired in the Dutch artist a newfound creativity, and led to his creating hundreds of paintings while a patient at a nearby asylum, one of the most productive periods of his short life. Lunch today is a real treat, as you visit a private ranch in La Camargue for a private banquet of farm-grown Provençal specialties, a musical serenade, and a chance to see the region's iconic white horses, fleet-footed gardians (cowboys) and famous black bulls. As you continue your Rhône River cruise to Avignon this evening, try your hand at painting a chocolate art piece during an onboard demonstration before dinner aboard the riverboat. 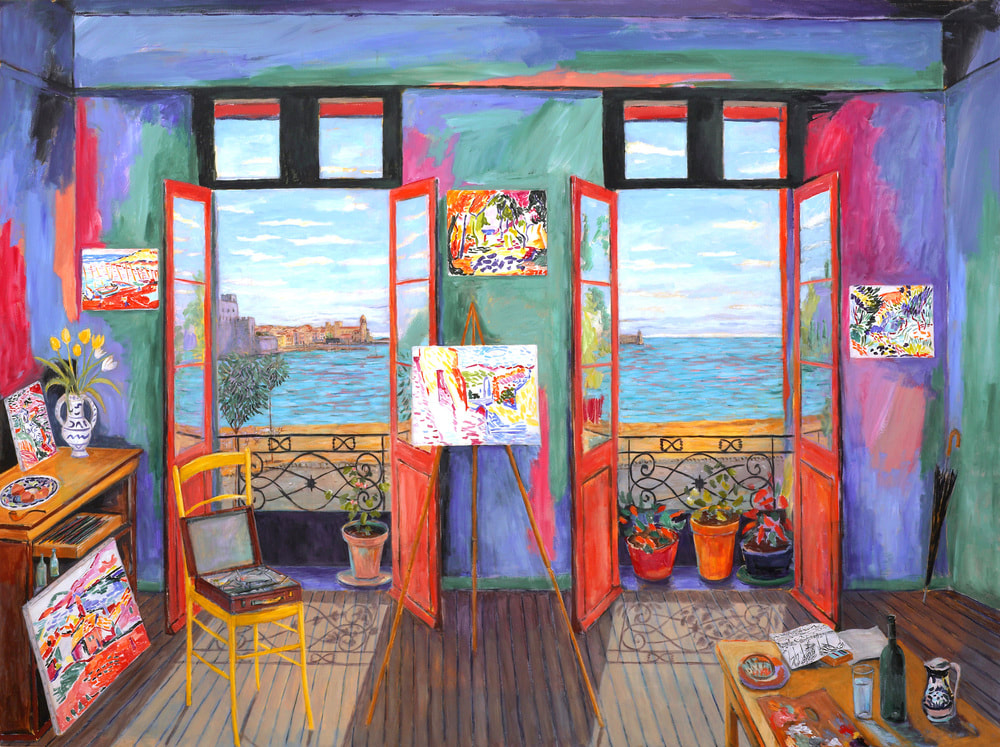